When I come to a new city, I usually pay close attentions to its metro system. Of course, it rarely shows up in TripAdvisor as an attraction of the city, but for me, it’s not only a necessity (based on a quite tight budget, public transportation is almost always our first choice), but also can tell a lot more about the history of the city, the people and the daily life here.

New York metro system . Make sure you don’t look at the rails.

I’m not a traveler myself, I have visited only Rome, Paris,  Venice, Florence London, San Francisco and New York, and of course Stockholm – where I am living. Venice and Florence have no metro I’d know of, and I only tried BART (Bay area rapid transport) in San Francisco, so only metro systems in remaining cities count. In those five, I know Stockholm metro system (tunelbanna) the best, and like it the most, so this post can be highly biased opinion. If I did misunderstand a metro system, kindly point it own.

Navigation is essential to any metro system, and for visitors it’s the most important thing – you want to spend time viewing, taking pictures, checking in the attractions, not on the wrong train to another half of the city. The metro platform should have a very clear sign of which destination the train is heading to. This is not true in case of New York – the platform signs say about the important stops in the line, which is confusing. It’s much easier to navigate using Google Maps if you can just show a big sign of the last destination, so for a visitor, they can be confident that “OK, so this is the train”. You can also have a map showing the stops, if you want to. Stockholm metro does pretty well in this case.

Another thing that New York metro system does not really do good, is that if you go to wrong direction, you will have to exit the platform and enter the other one. It’s not only inconvenient, but it also costs another “ticket” (The per-travel ticket of New York public transport does valid in 2 hours, but you can only use metro once, except when there are clear signs that you can freely transfer to another metro). You can imagine the confusion when I get to a station which is supposed to take me somewhere, but I can’t because the train left me in wrong direction.

One thing New York trains do quite well in navigation is that it shows upcoming stops and the connection lines in those stops. So you can sit in the train and make sure when you should prepare to leave the train. I think Paris metro system does the best in this matter – it shares same idea with New York’s one, but the UI is clearer. Stockholm, however, does not have this navigation – while it does very well in the previous measures.

Lesson learned: Navigation is essential with new users. Shows them the direction they need to get to the result, any other details can be figured on the way. In each step, let them know where they are and make it easy to turn back.

Tell me the last time you actual look through the metro map to find a way. I don’t usually do, unless there is no other option – my phone battery died out, there is no free WiFi available, and there is no person around which seems can answer our questions. Most of the time, we rely on Google Maps to do the hard work for us. We don’t look up. We don’t remember. We search.

In this regard, Stockholm metro system wins, hand down. In most – if not all – metro stations, people with wheelchairs or strollers can get in and out easily, there are elevator everywhere. It’s much harder, if not impossible, to do so in Paris, London or New York. It’s not just about cost (of course it would cost plenty, I do not doubt of that), it’s also the space. If you traveled with London metro system – you can understand why, there’s simply no space left. The walk way is already narrow. This can explain in a history reason – London and New York metro system have been built much earlier than Stockholm’s on (which mainly built in 70s of 20th century), at that time, accessibility was not a really concern as it is later. It’s now to hard and costly to fix that issue.

Lesson learned: It’s important to think from the start what you want to do, even you’ll not do it right away, don’t make it harder to do later. Of course extending a metro system is much harder and constrained than just extending your website, but still, it’s easier to think ahead.

Most of the platforms in New York do not show how long before the next train (Some does, though). This is quite strange. The trains come quite frequently so it’s not that bad, but still. Let your users know how long they have to wait, make the results predictable. Don’t leave your users in doubts.

One thing I was scared the most about Rome metro system is that the doors close like they would cut me in half if I get stuck there. That’s something you want to avoid – warn the use, do not scare them. If they did a mistake (in most cases, honest mistakes), make it easy to fix.

One thing I love about Stockholm metro system is that the handles are painted with special paint (the yellow area). Those areas keep warm during chilly days and that makes it much more pleasant to hold it. I do not see such thing in London or New York metro system. The thing is: pour your heart into your products, refines small corners make your users feel well-treated. They might not even notice it, but they will feel more comfortable using your products. And that’s a win. 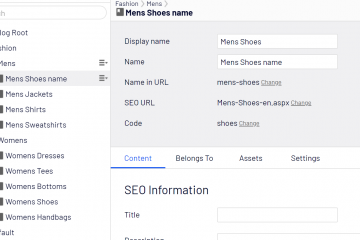 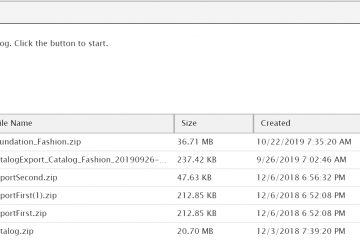